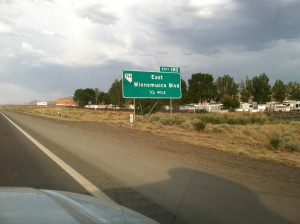 Whether you’re seven or seventy, there are secrets you simply don’t tell. My brother and I, free range boys who bored easily, exercised the “Don’t Tell Mom” rule well into high school.  Our pact survived a multitude of sins, including underage joy-riding.  Unless our parents checked the car odometer or fuel gauge, they never knew.  Dad was more forgiving.  We’d sometimes confess to him, but never to Mom.  I carried this trait into parenthood.

I had been on the road nearly two weeks, camping across Utah en route to Colorado with Maggie, then 7, and Kate, 10.  We bonded over miles of open desert and lonely highways.  Without Hun, my wife, I had carte blanche to break unwritten rules concerning diet, curfew and spending.  What Hun doesn’t find out, won’t hurt her.

We violated the dinner and bedtime rules on our second day.  Rather than break one rule at a time, a cumbersome chore, I sought momentum.  It was 9 PM and traffic hummed eastbound through Salt Lake City.  The sun sank behind us and twilight illuminated the highway before us.

“Shall we make camp?”

I drove another hour before pitching a tent at a state park.   Maggie and Kate swatted gnats while digging through the cooler.  They pulled out flour tortillas, peanut butter, jelly, and made PBJ burritos for dinner.

“Dad fed us PBJ burritos for dinner.  At midnight.  Bugs were everywhere.”

I sensed Hun’s annoyance before they handed me the phone.

“You fed them PBJ burritos for dinner…at midnight?”

“It was ten o’clock, not midnight.  We made more for breakfast and lunch.  They’re better fed than the Donner Party.” 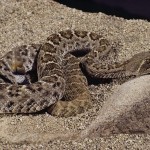 We resumed driving to our next camp, pitched the tent, and played cards to while away the desert heat.  We decided on a sunset hike and brought PBJ burritos, water and flashlights.  Ten minutes into the hike Maggie saw a rattlesnake.

“Don’t even tell mom about the rattlesnake!”

An hour into the hike, Kate dropped her water bottle.  We listened as it rolled off a cliff and heard it smash against the rocks below.  “Don’t tell mom we were near a cliff.”

Ten days later, after a fifteen-hour westbound leg, I sprung for a hotel.  While the kids ate PBJ burritos, I walked to the ice machine.  I returned to the room to find them giggling at the TV.  They were watching HBO and talking to Hun on the phone.

“Mom, the cowboys are farting around the campfire.  It’s hilarious…”

Maggie handed over the phone.  I didn’t have time to warn the kids to keep quiet.

“The kids are watching Blazing Saddles?” 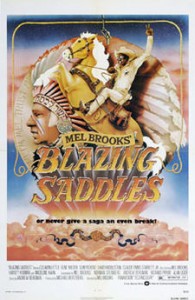 “Mel Brooks never hurt anybody.  Besides, now they want beans instead of PBJ on their burritos.”

I expected the “Don’t Tell Mom” rule to eventually age-out.  That is, until one of Dad’s recent visits.

My dad is a retired physician, Vietnam veteran, and cancer survivor who lives in the Colorado Rockies.  He wears an oxygen mask nearly full-time.  Though his mind is sharp, his physical demise stresses out my mom.

“Living with an old man is hard,” she lamented.  “He’s yours for a while.”

On this particular trip Dad’s visit to Chico came shortly after having back surgery.  My jaw dropped when I saw an airport attendant pushing a wheelchair with Dad as cargo.    He held two canes.  When he stood up, he planted them like ski poles.  “Don’t need my oxygen tank here,” he said.  “I can breathe.”

Over his week-long visit Dad spoiled us with dinners and shows.  But eventually he had to go home.  I drove him to the airport.  An attendant loaded Dad into a wheelchair and rolled him to a ticket counter.  I watched through the terminal’s glass entrance door to make sure he caught his flight.  A TSA agent warned me to move my car.

I drove several laps around the terminal and glanced through the entrance door to check on Dad.  He hadn’t moved.  I parked the car and ran inside.

“I forgot to register my oxygen tank and can’t get on the plane without a doctor’s signature.” 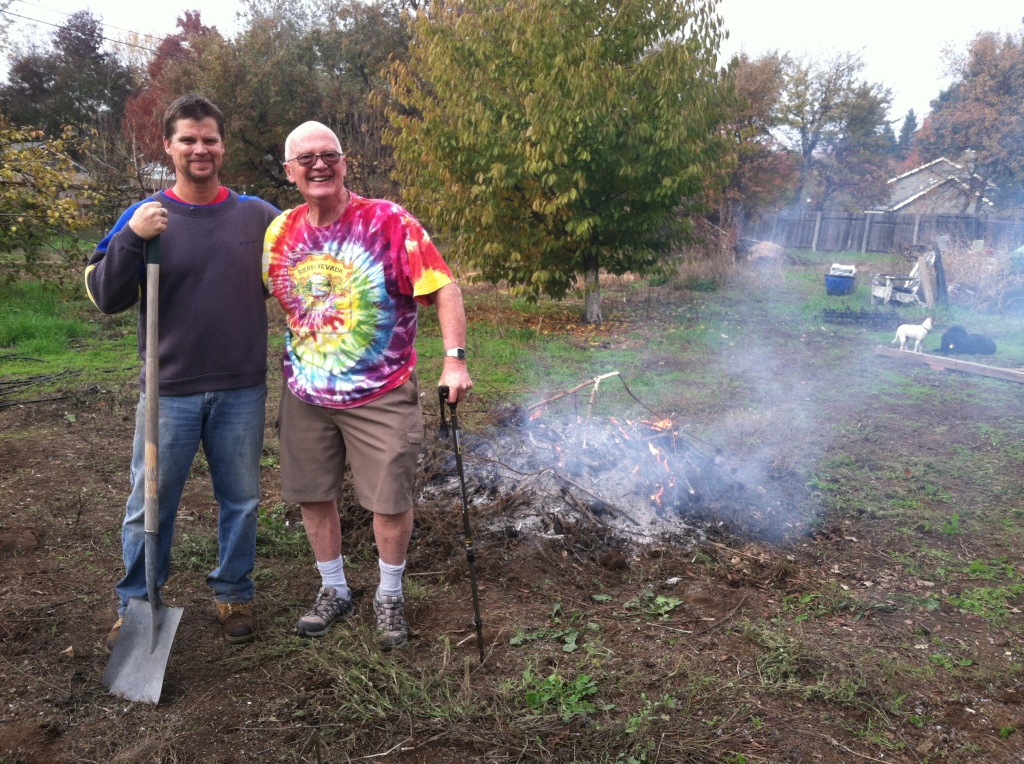 “You’re a doctor.  Can’t you prescribe yourself oxygen?”

He bantered with an agent until someone finally did the right thing and approved his boarding pass.

“Just don’t tell your mom I nearly missed my plane.”

I never told her.  Whether you’re the son of one, or married to one, moms ultimately figure out what they’re not supposed to know.  Moms are brilliant.  Just don’t tell them I said that.

You can track me on Twitter or join my Facebook page and LIKE it.  If you want to read my stories in book form check out the Etc.Guy store.