This exchange wasn’t with my mechanic about a fan belt but with an orthopedic surgeon.  I tore my anterior cruciate ligament, or ACL, one of four ligaments critical to the stability of my knee.  “If you want to continue sports you’ll need a new one,” he confirmed.  “I can harvest from your hamstring to rebuild the ACL, or you can reuse an Achilles tendon from a donor.”

I pressed my doctor for more information.  “Just where do you keep extra tendons… a cooler in the break room?” I’ve hunted for car parts at junkyards but recycling cadaver parts seemed ghoulish.

“You’ll recover faster this way.”  My surgeon remained clinical.  “I’ll have several tendons in the operating room to choose from.” I imagined a line-up of dead guys laid out in the adjacent room and the doctor muttering, “Yep, that one should work.” 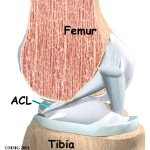 I hoped the donor was a previous Olympian and not a zoo animal.  Five years later my good knee is my former bad knee.

My brain thinks it’s 25 but my body says otherwise.  I never considered wearing out.  Tires wear out.  Appliances have obsolescence built into them.  Obsolescence helps sell more dryers.  Am I wearing out or am I obsolescing?

I first noticed that my teeth were obsolescing when I had a crown installed at age 30.  My dentist said the crown would last 25 years.   You mean I’ll need a replacement when I’m 55?  Along with my Ford, I need to keep a maintenance record for myself. 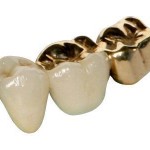 Hun suggested a gold crown, “Gold prices will rise by the time you croak.  The crown will help cover your funeral. ”

I have five years left on the crown, assuming I’m still above ground and Hun doesn’t expedite my burial.

I underwent LASIK eye surgery at age 43 to escape prescription lenses.  The doctor said I’d eventually need reading glasses.  “I’ll give you mono-vision to delay the readers, with one eye corrected for near-sightedness and the other for far-sightedness.  You’ll have bifocals laser-etched into your eyeballs.”   I stumbled a while after surgery, readjusting to my new depth perception.  I now need readers to enjoy the comics.

Eleven years ago my physician scolded me about high cholesterol levels.  “Lose weight, get in shape, and eat healthier,” he said.  “You’re a walking heart attack.”  So I joined Weight Watchers, lost 40 pounds, and dropped my cholesterol 50 points.  But I now take Simvastatin to combat my body’s insistence to manufacture cholesterol.

I’ve dislocated my shoulder twice the past 20 years.  No surgery thus far but it’s loose.  Even Legos loosen if you pull them too often.

I’ve recently had trouble with my prostate.  Mine was apparently the size of a condor egg.  I don’t know much about the prostate other than it never sunburns.  Put simply, if the brain is in the North Pole, then the prostate is in the South Pole.  Unlike polar ice caps that are shrinking, my prostate isn’t, so I take Tamsulosin to shrivel it.  Prior to  Tamsulosin I trudged like a zombie to the bathroom all night.

These drugs sound like roster names from a Russian hockey team.  Simvastatin passes the puck to Tamsulosin…he shoots… scores!

Research shows that we lose a quarter pound of muscle annually beginning in our late 30s or early 40s.  By age 80 we lose one-third of our total muscle. Staying active and fit is less expensive than being unhealthy.  Exercise helps turn back the clock.

Older folks say aging isn’t for sissies.  American males live on average to 75 and I hope to beat the curve.  Nothing’s on warranty.  When competing against younger buckaroos in sports, I remind my brain not to write checks my body can’t cash.  If I can delay my own obsolescence through exercise, spare parts, and help from modern science, I’ll do it.  Next up on my personal maintenance plan:  a colonoscopy.

My Ford needs a radiator flush too.

76 thoughts on “Worn out body parts can be replaced”