“It’s not easy being green.”  Kermit the Frog

Earth Day, April 22, is when the global community acknowledges our planet’s environmental status.  Seven billion humans inhabit Earth and we should really figure out how to manage it.  Think of us as sharers of a gigantic sandbox.

I think our sun deserves credit though. We awake to it every morning. Without the sun there’s no reason to have daylight savings time.

Hun, my wife, and I have tried our best to go ‘green’ and installed solar panels on our home — not just to save the earth but to also preserve our investments.  The stock market sank and our portfolio flamed.  Achieving a zero loss was the new positive. We considered ways to beat zero and thought about the sun’s 4.5 billion year performance.  We figured that a solar investment would outlast the stock market.

We hired a contractor who installed the solar panels in about two weeks. The sun is 93 million miles away but its rays powered our home within eight minutes of connecting all the equipment. 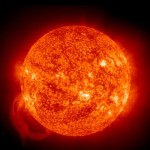 One recent cloudy day we generated 15 kilowatt-hours of power.   I called our utility company to learn the net electric costs. Put simply, our monthly electric bill is roughly the cost of two large, extra cheese pizzas.  At summer time we actually sell power to the grid.

We also experimented with electric powered transportation.  I returned home from goofing off one day to find a strange looking vehicle parked in the driveway.  Hun has a habit of getting weird things when I’m gone.  They’re usually animals.  I’ve come home to new dogs, cats, chickens, rabbits, and even goats.

I shook my head and stared at the rig.  She found the three-wheeled mini-truck on eBay.  Batteries were included. 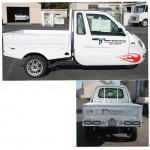 “It looks like a Cessna fuselage without wings.  I’m not driving it.”

I eventually warmed up to the Zap and loaded it for errands.  I hauled straw bales, pizzas and even a girl- scout troop.  The only time it visited the gas station was to fill fuel containers for the lawnmower and chainsaw.

The Zap is powered by six 14-volt batteries that last 12 miles between charges. It tops out at 35 mph and has an AM/FM cassette.   I’d arrive at my destination after three songs.

I’d charge the Zap overnight.  The nonpeak electricity rate is 10 cents per kilowatt-hour and I learned the Zap cost about a nickel per mile to charge. That beats the 24 cents per mile to fuel my SUV.

The Zap has a simple console with a volt meter. I barely earned a C in physics but all I needed to know was that a full charge is 80 volts. Below 40 volts and I’d better coast home.  It had a back-up alarm when shifting into reverse to warn unsuspecting pedestrians. Folks expect a dump truck and then chuckle when they saw my electric wheelbarrow.

I met a friend and teased him about his gas guzzling hybrid. “You loser,” I howled, “You’re wrecking the environment.”

Upon leaving, the Zap blew a fuse.  I headed home and prayed for green traffic lights because braking sucks volts.  If it died in an intersection I’d lift a manhole cover, jump in, and hide.  My speed fizzled … 20, 18, 12 … but the signal remained green. I floored it and crossed the intersection at 5 mph. From there I could push it home. All that stress caused by a blown 75-cent fuse.

We sold the Zap to get a safer vehicle for our budding teenage driver.  But at least we tried going green.

We strive to leave our environment in good condition for future users. It’s polite etiquette, like making the bed after staying at a friend’s house. There’s no sense in leaving a mess for others to clean up.    Green technology has saved us some bucks. But nothing is truly free except for that daily trip around the sun.

18 thoughts on “Thank the Sun this Earth Day”