I was advised to meet older women. 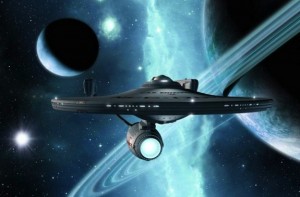 I asked why.  My wife, Hun, has an open mind but I suspect she wouldn’t appreciate me connecting with older women, younger women, or any women, for that matter.

“Women ages 55 and up are the fastest growing segment of Americans on Facebook,” the instructor said.  “They use social media to share family photos.  The average Facebook user has 150 friends.   To generate more LIKES on your Etc. Guy page, meet older women.  They’ll refer your site to their friends.  Let’s say you have 100 friends, and each has 100 friends.  If they all shared your site and LIKED it, you’d reach 10,000 people in a heartbeat.  With 10,000 LIKES, you’ll attract advertisers.”

I shared her advice with Hun.  “Yeah, right, who has time for Facebook?”

Clearly, she doesn’t fit the 55+ demographic, partially because she’s not yet 55+ and partially because she’s a workaholic. I’m one of Hun’s 30 Facebook friends.  I tabled this strategy and didn’t think much about older women until one called me last week.  It was my 71-year-old mom who lives in Colorado.  She sounded concerned.  “Kate is in a relationship?”

“I visited her Facebook page.  Who is this boy?  You’d better talk with her.” 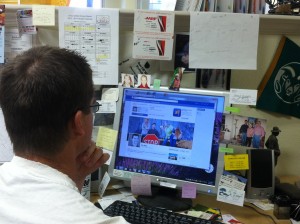 “Oh, that…” I said.  “She asked permission to change her status.  Kate and I are Facebook friends.  She’s interested in a boy but another wants to ask her out.  Since she’s a junior in high school I told her she ought to say she’s married, a foster mom, and lives with ten cats.”  I hope keeping track of one boy is easier than monitoring an entire herd.  Parenting sure seemed simpler when Kate was eight.

My mom, the Colorado grandma, is one of 950 million Facebook users.  Nearly half of Facebook’s customers spend 55 minutes daily interacting with friends and family.  Kate’s other grandma learned the news the old fashion way—via a phone that hangs on a wall.  She had a similar reaction though.

Hun and I, like others, are parent-trekking through uncharted Facebook space.  We tried to resist social media but know it is here to stay.  Facebook’s popularity has grown exponentially since its launch in 2004, and will gross several billion dollars this year.  We’ll just figure out how best to maintain our values using this medium.  Either we change or get left behind.  I could send Kate to a ranch outpost in Wyoming, one without electricity-powered Facebook, but it would probably end up being a dude ranch with too many dudes.

We are slowly catching up to the Facebook revolution.  Six months ago Hun bought me a smartphone for my 50th birthday.  Now I can text Kate and visit her Facebook page anytime, from anywhere.  Plus, I can actually use the phone to talk.

We got Kate a smartphone for her 16th birthday.  Last night it chirped and interrupted the TV news. I picked it up to turn it off. A text message read: “Love ya, call you later.”  Egad, an elephant made its way into the room.  I never intended for my folks to know about my affections for a girl when I was a teen.  I nearly texted back but refrained.  I couldn’t formulate my thoughts but next time I may just say, “Me too.”  Signed, “HER DAD.” 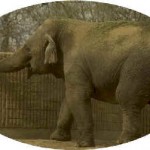 Though we’re bombarded with social media and text messaging, the bottom line is that parents better adapt to their kids’ culture.  We can still teach our values but will have more luck if we understand their way of life.  Some things haven’t changed since I attended high school…raging hormones, going “steady,” break-ups, make-ups, partying….that’s nothing new under the sun.  However, the technology curveballs are flying and must be caught.

I reflect on my parents’ adaptation in tracking their grandkids.  They’ve evolved from listening to AM radio shows to using Facebook.  Faceless communications with Facebook and brief text messages aren’t necessarily bad things.  At least the generations are interacting.

I sure miss the Lego days.

PS  For Facebook newbies:  Join the Etc. Guy Facebook page by clicking the logo on the top of this site’s page.  To become an Etc. Guy Fan click LIKE.  You don’t need to be over 55, but if you are that’s okay with me.