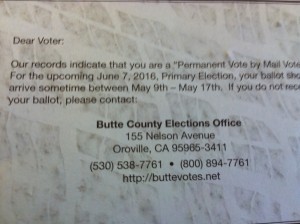 Like religion, politics, and family planning, cereal is not a topic to be brought up in public.  It’s too controversial.”

My oldest daughter, a college freshman, will vote absentee this year–her first election. She leans left of my views where I straddle right on money issues and left of center on social issues. I seldom argue about politics, preferring to discuss cereal selection. For me, incumbents on both sides of the aisle are fair game to vote out (my version of term limits).

Sure wish guys like Will Rogers or P.J. O’Rourke ran for office.   At least those guys are funny without being themselves.

As for my millennial daughter I’m glad she’s enthused to vote.  Rock on kid, it’s your future.  I hope you help make it brighter for the rest of us.