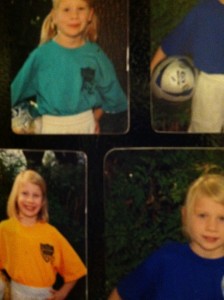 She lasted 90 hours over three seasons.  Maggie was not an outlier.  Not in soccer.

In Outliers author Malcolm Gladwell explains the “10,000 Hour Rule” which claims that the key to success is a matter of practicing a specific task for around 10,000 hours.  Consider Bill Gates, Wayne Gretzky or Mozart…former prodigies that hit 10,000 hours by their late teens.  Maggie will never become an outlier soccer player.  She quit 9,910 hours short.

I have always loved team sports and competition even though I encountered setbacks.  I quit baseball after I got eyeglasses.  Grounders and fly balls zoomed past me but my batting fared worse.  I sank from a .500 average to .005.  My bat whiffed more air than a whole house fan.  I only had two hits—one dribbling single that I outran to first base and the other a home run.

In high school football I played receiver but did more blocking because I couldn’t remember routes or catch passes.  I had bricks for hands and dropped nearly every pass thrown my way except for one miracle over-the-shoulder grab.  But like my home run it never happened twice.  I moped on the sidelines, a rite of passage for back-up juniors.  I quit football.

I never quit hockey though.  I tried out for a college team but got cut.  Not making a team was not as bad as quitting.  At least I pursued a goal even though I didn’t score any.

So when Maggie quit soccer, after playing on teams named the Crickets, Lady Bugs, and Sparrows, I understood how she felt and how my own dad probably felt.  Maggie wore jersey number 1 because she was the smallest player on her teams.  Her teammates were often a foot taller and twenty pounds heavier.

I recall Maggie’s second to last game.  Her Sparrows, with a record of 0-6, were playing the 1-5 Chickadees and had a chance to win.  The girls swarmed the ball like bees.  One Chickadee broke through and fired a shot—into Maggie’s gut.  My daughter collapsed gasping for air.  The referee called a time out.  I rushed onto the field.

“You did great blocking that shot,” I consoled.

“But you stopped a goal, awesome job.”

The Sparrows ultimately lost but Maggie’s teammates, and even the Chickadees, complimented her.

“That won’t happen again.  You have better odds getting struck by lightning.  Way to hang in there.” 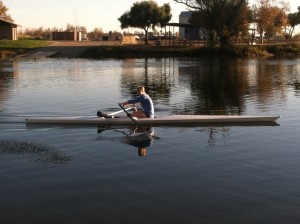 The Sparrows practiced hard the following week.  Next up were the Vultures, an undefeated team.  I prayed the game wouldn’t become a feeding frenzy.  When Maggie ran onto the field a Vulture kicked a header straight to her face.  My daughter dropped like a sack of potatoes.  The referee called a time out.  I carried her from the turf.

“You did great blocking that shot,” I said, my words fading into oblivion.   She didn’t buy it.

Along with soccer Maggie has quit ballet, karate, skiing, and acting, but she took up the violin and bassoon.  I wonder if she’ll stick with an activity more than 90 hours.  That 10,000 hour rule sounds huge but it’s a matter of perspective. 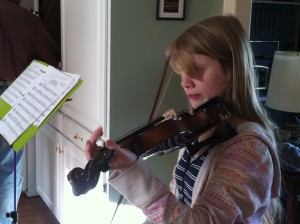 In five years, about 44,000 hours, Maggie will be of college age.  A third of that time involves sleeping and another 8,000 hours will be spent at school, studying, and activities.  She’ll spend four thousand hours eating and will probably hang out with friends for two thousand hours, so long as she does about a thousand hours of chores.  We are now at fifteen thousand hours of which I’ll deduct five thousand hours for family time.  We may have fifteen hours together during any given week but that time isn’t guaranteed.  We are now approaching 10,000 hours; Maggie’s remaining time to master an activity before graduating from high school and potentially leaving home.  That assumes she picks one and doesn’t quit. 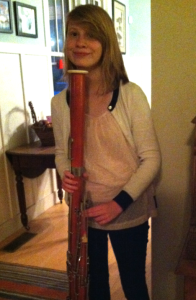 Quite frankly I don’t care if she ever programs code, scores hat tricks, or write concertos.  I prefer she try and quit whatever she wants.  When I consider Maggie moving away in five years, ten thousand hours does not seem like much time at all.

Post-script: I originally wrote this story four years ago.  Since then my millennial teenager has started and quit rowing, track and field, and playing the upright bass.  She hasn’t quite finished on-line driver’s education, preferring to play computer games (which I wish she’d quit).  With only a year of high school remaining, a twelve month period containing 8,800 hours, I’m not sure she has sufficient hours to master the bassoon.  Sure hope she gets her driver’s license….  Happy Father’s Day.