Earlier this week I spoke to the Chico Authors & Publishing Society, on how a 51-year-old guy set up the Etc. Guy blog.  After discussing a bunch of technical mumbo-gumbo, we all dove into a group conversation which involved teasing and laughs, at my expense.  I had a blast.  We viewed some Google Analytic map images showing Etc. Guy’s reach.  You’ll notice the gaps in Greenland, Africa, and Norway.  What’s with those guys? If you know people in those places send them my link. You may as well relay Etc. Guy to friends in Arkansas, Iowa and Wyoming as well. 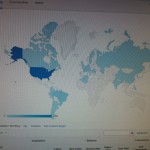 Husband to “Hun” and father to teenage daughters “Kate” and “Maggie,” Eric Miller navigates the currents and treacherous waters of married life, parenthood, and aging.  He’s trapped in a house full of estrogen and often paddles upstream.  But he lives to tell, and write, the stories.

Here’s others are saying about Etc. Guy:

“More than once I’ve spit coffee from my nose from laughing.  Eric’s humor ranges from subtle and self-effacing, to ribald.  He writes what many of us think but don’t dare say.

“Eric’s parental observations are amusing and provocative.  He stumbles through his role as a husband and father to two teenage daughters but presses on.” Marne Larsen, Editor, Growing Up Chico Magazine 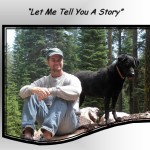 “Miller is an aging athlete that has more luck figuring out what’s happening on a hockey rink than in the minds of his wife and teenage daughters.”  Q. Bryce Randle, Editor, Hockey Player Magazine

If you live in Chico, which is west of Africa (and Arkansas) but east of Bodega Bay, come out to Lyon Books and give me a hard time.  It should be a hoot.  Wednesday nights are a slow TV night anyway.