There sure is a lot of hype for a little bit of extra shade.

I received an email at work last week about Monday’s eclipse, alerting me to conserve energy.  The message was relayed from the California Independent Systems Operator, an organization that oversees the operations of our state’s bulk electric power system. Business Insider Magazine reports that the solar eclipse is expected to wipe out six gigawatts of solar electricity, 80% of California’s power.  Six gigawatts can power several million homes. Solar facilities, ranging from utility power plants to individual home solar panels, provide electricity for 4.8 million homes.

The email message cautioned us to turn off the lights, air conditioner, and to be safe.  Safe?  In Northern California we expect a 75% partial eclipse which could last up to two and a half hours.  What could go wrong during a partial eclipse?  Will crickets start chirping or street lights turn on?  Lawns will photosynthesize less on Monday but good grief.  Still, to be safe I’ll wear a helmet and head lamp. 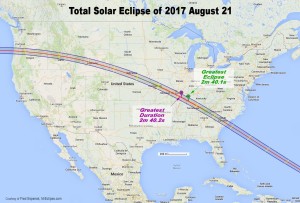 Our local TV weather forecasters are having a hey-day with the eclipse, showing maps of the USA and areas of total blackout ranging from Central Oregon through Wyoming to South Carolina.  I’m amused and entertained by their enthusiasm but admit the eclipse is pretty cool.  In these dog days of summer I don’t mind the sun taking a break.  June and July were scorcher months with over twenty days of 100 degree plus weather.  Even the Chico Heat, our summer collegiate baseball team, endured sweaty night games.  Often times the first pitch’s speed was lower than the outside temperature.  The guy selling beer loved it.

I trolled the internet for weather quotes and found these gems from familiar baseball greats: 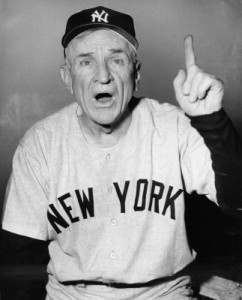 “There are three things you can do in a baseball game.  You can win or you can lose or it can rain.”  Casey Stengel, New York Yankees & New York Mets

“The only way I’d worry about the weather is if it snows on our side of the field and not theirs.” Tommy Lasorda, Los Angeles Dodgers

Six months ago Northern Californians wondered if we annexed to Oregon.   Nearly three feet of rain fell in our fair town last winter, a real worm drowner.  But through early August it seemed that Oregon kicked us out as we became part of Arizona.  Hot.  Even the gophers moved away seeking refuge in cooler soils.    My yard is a yellowed, dusty, powdery mess except for the strands of crab grass that wrap around sandals.  The rhizomes won out. 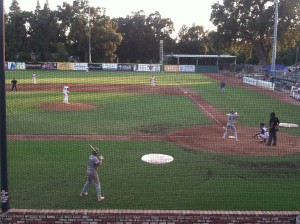 If you’re into the eclipse and baseball head to Salem, Oregon for EclipseFest to watch the Salem-Keizer Volcanoes take on the Hillsboro Hops.  Stadium lights kick on after breakfast.  The first pitch….9:35 AM.

Unfortunately I need to work on Monday and I’m scheduled to attend some dumb meeting.  But I’ll sneak out for a peek at the eclipse because it’s a rare event.  The next total solar eclipse in my part of the world isn’t until August 2045.

If I’m still alive then there’s a good chance I’ll be at a baseball game.